We are so proud of our Lt Commander Geordi La Forge! For the second year in a row, for 2021, he finished "ranked" in the "Top 20" of all Greater Swiss Mountain Dogs, according to all official dog show stats. And, for the first time, he also ranked in the Top 10. He finished #4 "All-Breed" rankings, and #10 "Breed Rankings".

Geordi also knocked our socks off by placing 2nd in working group under respected judge Robert Shreve. This was his first AKC group placement, and an impressive one at that! He defeated over 200 dogs, and for the entire day, was only defeated by one dog - the best in show winner! 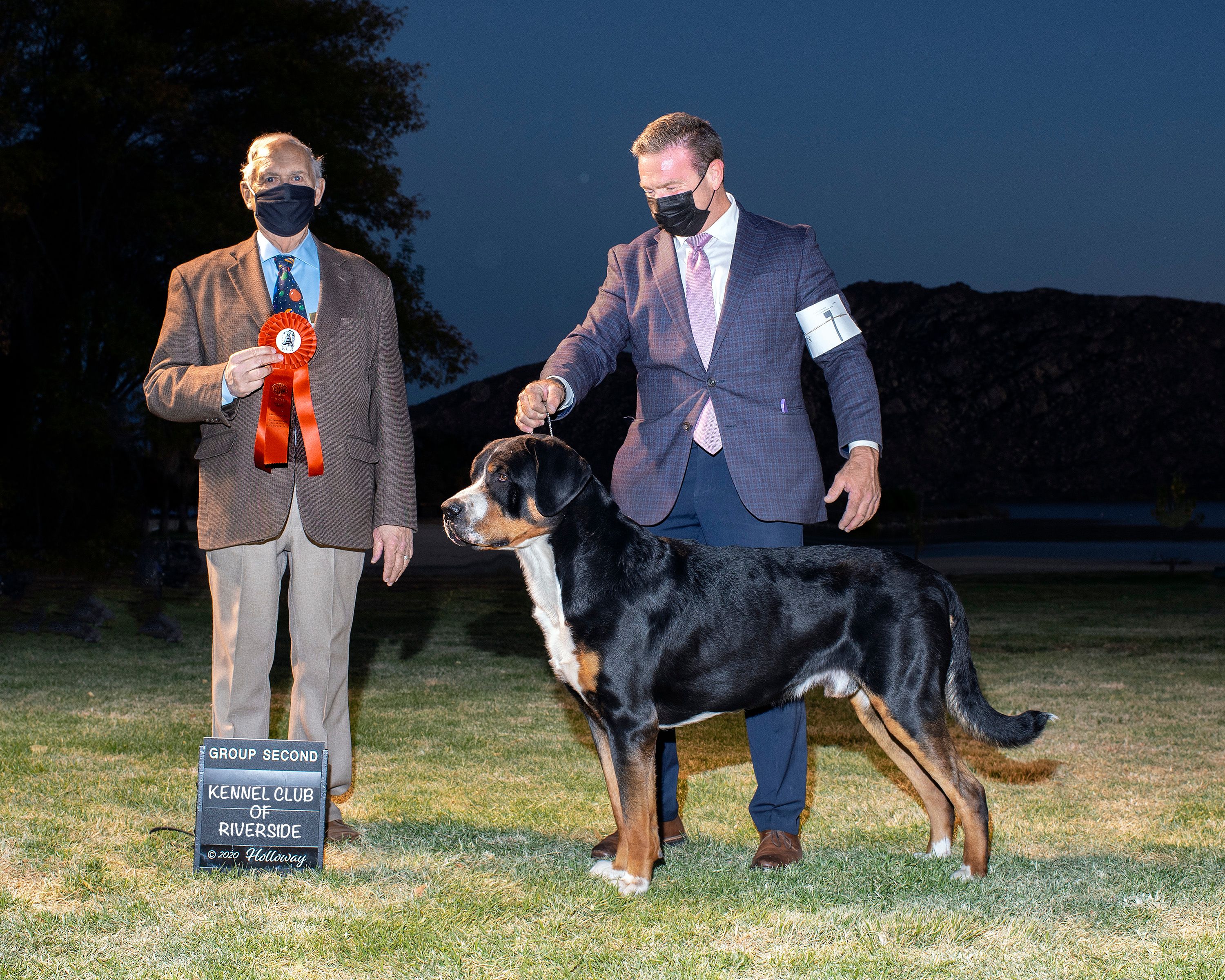